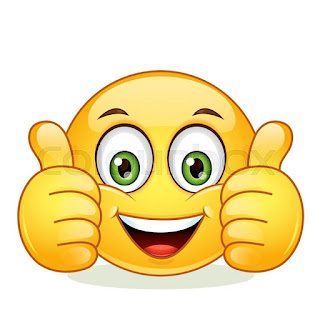 After a series of false starts, flame-outs, and down outright failures, QEW Publishing's Retailers Round-Up program now finally appears to be working. Retailers Round-Up was the idea to initiate a practical and cost-effective marketing, distribution, and sales campaign for the comics currently available here from QEW Publishing. In earlier attempts, no clear and consistent protocol for presentation had ever been applied effectively enough towards the campaign and there were no variables to offer any incentive that would lower substantial risks to encourage retailers to consider participating. This was resolved by two pivotal factors that were introduced. The production and release of QEW Publishing's formal sell sheet to present to prospective retailers, and then Retailers Round-Up campaign's newly inserted policy of providing to comic retailers a one-time offer of limited complimentary stock As a result to this date, there are now a total of eleven retail stores, whose owners have registered as wholesale buyers directly with QEW Publishing. While there had been a goal set to have a total of twenty retailers carrying QEW Publishing comics before the end of 2018, that effort has been somewhat diminished due to some abrupt monetary issues at this time. However, the intent to resume this effort will most certainly carry over into 2019. 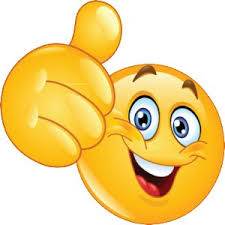 Unfortunately, QEW Publishing did not release Dark Powers #1 and The Gifted #1 as initially intended. Blood & Silver #4, the latest issue of that 6-part mini-series, and the complied trade paperback edition of the 4-part mini-series Zevon-7, were released instead.  As of now, though, the timing for releasing Dark Powers #1 and The Gifted #1 appears to be aligning just right. Production for Dark Powers #1 has been fully completed and the lettering and editing for The Gifted #1 is nearing its completion as well. There's even now the possibility for the release of a new compilation trade paperback edition of the 3-part mini-series Kristarella. QEW Publishing is proud that each of these comics are currently in the line-up as 2019 1st Quarter New Releases for March 31, 2019.

Sadly, there's been serious slacking off with efforts of promoting QEW Publishing's ongoing, online crowd-funding campaign on Patreon. But a new resurgence of enthusiasm to get back into it has finally occurred. Since the Retailers Round-Up program has finally begun to successfully usher comics into retail stores and new comics are becoming set again to be new releases next year. Patreon's mantle as the primary funding source for aiding to offsetting production and marketing costs has been renewed. Just as what's occurred with the revival of Retailer's Round-Up, the same must happen for the Patreon campaign as well. There must be a way, a method, an event--something that will encourage more people to go online there to support QEW Publishing's efforts by committing a monthly pledge to the reward tiers there. QEW Publishing's Patreon campaign is located via this link right here.

QEW Publishing happily encountered artist, Steven Millage at this year's Olympic Collectibles Expo, which was held at the Kitsap Mall in Silverdale, Washington. Steven is the penciling illustrator for the graphic horror novel, Arachne. While he's managed to achieve some significant progress on the production, he's hasn't submitted any story art to review for quite some time. He's also been unfortunately incommunicado, too. So it was actually pretty refreshing that it was Steven himself, who not only initiated his re-connection with QEW Publishing at the Expo that day, but also reaffirmed his commitment to complete Arachne's production. Although he confesses in full candor that cannot invest very much time in doing so, as he pursues his own creative ambitions. QEW Publishing can be satisfied enough with that he at least shares the intention to see Arachne's ultimate fruition and publication.


QEW Publishing is keeping a very close eye on the productions for these two comics. There were some concerns that penciling artists, Hakan Aydin and Narayan Baidya, were somewhat beginning to waver on their commitments to complete their respective illustrations. Hakan Aydin is the penciling artist for the action-adventure graphic novel, Repo Katz and Narayan Baidya is the illustrating artist for action-fantasy graphic novel, Magisphere. Both artists have three-fourths of their respective productions nearly completed, but their consistency of submitting their art for review appears to have stalled. After some effort, however, QEW Publishing, has managed to reconnect to them and attain fragile reaffirmations from each of them. Hakan says he remains committed to complete all of the penciling interior story art for Repo Katz and Narayan has agreed that he'll endeavor to complete the remaining penciling art for Magisphere. Even though communications from either of these two individuals is sparse at best, QEW Publishing will remain vigilant and determined to see that illustrations for these two comics are ultimately done.


QEW Publishing has only attended two comic conventions for all of 2018: WenCon and the Bellingham Comicon. It was already previously reported there would be cutbacks on getting to such events this year, and sadly it appears that it may be the case again for 2019 as well. This is all due to limited resources, mainly funding, and the in-house decision to concentrate expenses more on production, marketing, and distributing costs via the Retailers Round-Up program. There remains some hopeful intent to attend events like the Jet City Comic Show, WenCon and Bellingham Comicon, again, and if at possible, the Lilac City Comicon, but it can only be under the condition of improved funding. QEW Publishing is continuing to work diligently at resolving this issue.

QEW Publishing also happily spoke briefly with artist CD Poe at this year's Olympic Collectibles Expo. He'd indicated that he'd just recently returned to the comic convention circuit after a sabbatical for personal reasons, but was kind enough to share a moment of his time to consider a possible collaboration with QEW Publishing. CD Poe has a unique and fascinating illustrative style. His artwork is currently displayed here. QEW Publishing would like to work with him on a future developing comic book project, Big Green Monster. CD actually seemed somewhat intrigued by the premise for the project and QEW Publishing hopes that he'll eventually become interested enough to produce some conceptual artwork for it. So even though there's no definitive affirmation that's taken place as of now, there's hope a seed has been planted for such a joint venture in the future. 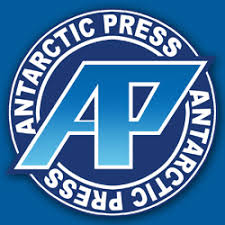 The 2017 4th Quarter edition of QEW Publishing Quarterly had reported that a few of QEW Publishing's in-house projects would be considered to be selected as possible submissions to other publishers. QEW Publishing has been considering submitting proposals to Action Lab Entertainment in order to establish rapport with other creative imprints and initiate openings for new networking ventures. Recently added now to this short list of possible outside publishers is Antarctic Press. There's some serious concern that such an endeavor could develop into something that could become counterproductive to QEW Publishing's own efforts at honoring and supporting it own brand, but the primary purpose of these submissions would simply be to attain some reaffirmation for the quality of QEW Publishing's creations by them being accepted by any third-party publisher. This would also hopefully create an alternative revenue flow for QEW Publishing, too. For now, however, it's merely a matter of selecting the particular projects that would be submitted. There will be more to follow on this.

REVIEW OF 2019 The end of a decade, let alone a single year, does invite time for a humbling session of introspection here at QEW P...