The world, the indie comics industry, friends, and a loving family suffered a tragic loss this year with the death of Jason Sinclair. Jason had been terminally ill for quite some time, struggling against deteriorating health from a congenital cardiac condition. He passed away on the morning of Sunday, November 20, 2016 at 11:00 am in the city of Kirkland, Washington. He is survived by his wife, Misty Thomas and their two children. Among his many passionate pursuits of interest, Jason was a writer and an aspiring author. He signed on with QEW Publishing in 2009 and produced the scripting for the graphic, science fiction, horror novel, ANTARES, which is currently in production now by Emilio Jorge’ Mongiovi of Dead Robot Studio. Despite the challenges imposed upon him during his life, Jason did manage to leave behind one definitive marker within the comics industry that will be accredited to him. While QEW Publishing pledges to usher ANTARES into full fruition on his behalf, he'll be truly be missed, nonetheless. Jason’s final thoughts, which were recorded by dictation, are posted on Facebook via this active link here: Jason’s Final Words link

After a purposeful sitting out of last year's event, QEW Publishing ironically is now hoping to attend Crypticon-Seattle 2017. A few major setbacks have been interceding in the efforts to effectively budget and properly achieve this goal. An unfortunate expenditure in transportation, which had been drastically necessary at the time, significantly diminished any opportunity for procuring a reservation in a timely manner. Thankfully, despite these shortcomings, there still may be a chance to do so. Crypticon-Seattle's owners, Troy and Mickie, have shown uncommon graciousness with late-comers in the past, and with the show still being all of five months away, there's no intention at all to miss any opportunity to have QEW Publishing returning there next year.

NEW ARTIST FOR ZOMBIES MINUS ZERO 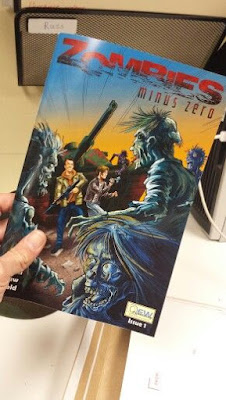 Ever since the publication and release of its first printed edition, the ZOMBIES MINUS ZERO limited series has unfortunately been stalled. Creators, Quenton Shaw (QEW Publishing) and Isaiah Jenson (Dark One's Closet), though, have expressed efforts to reset ZMZ's production and shove it forward again. The special Go Fund Me campaign  that had been established for it has garnered a meager sum of funding, but hasn't been as fruitful as hoped for. But now a new opportunity has suddenly risen upon the horizon. A new artist, Narayan Baidya, has expressed his interest in illustrating the series.  Although he's currently committed to penciling interior story art for the graphic fantasy novel, MAGISPHERE, he's maintained that he's willing to sign on again to join the ZMZ creative team after he's done, which adds a new dynamic for setting renewed goals to resume the series' production by June 2017.


QEW Publishing has happily selected BLOOD & SILVER #4 and THE GIFTED #1 as its 2017 1st Quarter New Releases. BLOOD & SILVER #4 is the fourth issue of the limited, 6-part werewolf mini-series. THE GIFTED #1 is the actual first issue of a long-awaited production of an original, action-fantasy mini-series created and written by artist, Chad Dulac. The current production status of both of these particular comic books are as follows: Art and scripting is already done for THE GIFTED #1. The art for BLOOD & SILVER #4 is done; the scripting for it is nearing completion. QEW Publishing intends to have both of these book ready for print to showcase for their scheduled release by the end of March 2017.

Initially, there was lots of enthusiasm here at QEW HQ after QEW Emporium had been conceived. It had been envisioned the Etsy-based, online commercial venue would be able to make a variety of other published works from other creators available there while providing an alternative revenue stream. Unfortunately, there hasn't been an appropriate quantity of these other published items acquired as needed in order to officially launch it. Gladly, there has been some positive feedback from other publishers and creators that have been solicited. QEW Publishing will be making a renewed earnest effort to make QEW Emporium a viable venue by next year. There is now a challenging new deadline to have it ready for launch by March 2017.


After some painful indecisions about whether or not to begin seriously implementing the Retailers Round-Up operation, QEW Publishing has once again chosen to move forward again with carrying it out. Retailers Round-Up is the name given to the dual project. The first involves QEW Publishing's old-fashioned, cold-calling efforts of actively soliciting all available printed edition comics directly to local and out-of-state comic book stores. The second purpose has been to establish a sustainable QEW marketing and distribution system. However, despite the hesitancy here, the wholesale and retail pricing have already been revised to reflect projected increases in production costs for next year. Cover prices for single printed editions will be raised from $3.99 to $4.99 and TPB (trade paperback) printed books from $15.99 to $17.99. None of these price increases will be enacted officially by no later than January 1, 2017.


Whirling around within the dynamic Creative Centrifuge here at QEW HQ are several comic book projects that will purposefully revolve around the exciting and iconic world of martial arts. One of these newly planted seeds is an idea for an action-packed, graphic novella, MASTER 2 MASTER. It's the story of two martial art masters from two different worlds who must set aside their differences in order to help a mutual friend against a mutual enemy. MASTER 2 MASTER is no where near prepared yet for even being posted officially on QEW Publishing's Active To-Do List, and although it's only just a mere concept at this time, the story breakdown process and scripting must all be completed first. However, there will most certainly be an effort to begin ushering MASTER 2 MASTER into fruition. 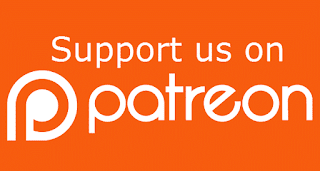 After a less than stellar performance since its launching, the Patreon campaign has still managed to achieve a bit of progress. QEW Publishing's Patreon account page has undergone some refinement as more content has been posted on there. These are more postings about other developing comic projects needing funding for production support. The fund-raising efforts, meager as they have been, have so far accrued a little over one hundred dollars (USD). This is indicative that there's plenty of potential for enough money that can be raised to help QEW Publishing actually reach its goals set on Patreon. The emphasis here now at QEW HQ will be focusing on further proliferating the Patreon campaign. So it goes without saying that more Patrons are still needed, and if you're so inclined , feel free to become one and contribute your pledge there via this active link here: QEW Publshing on Patreon link

REVIEW OF 2019 The end of a decade, let alone a single year, does invite time for a humbling session of introspection here at QEW P...